Amazon now has copies of Control Alt Hack, the card game that I helped Tammy Denning and Yoshi Kohno create. Complimentary copies for academics and those who won copies at Blackhat are en route. 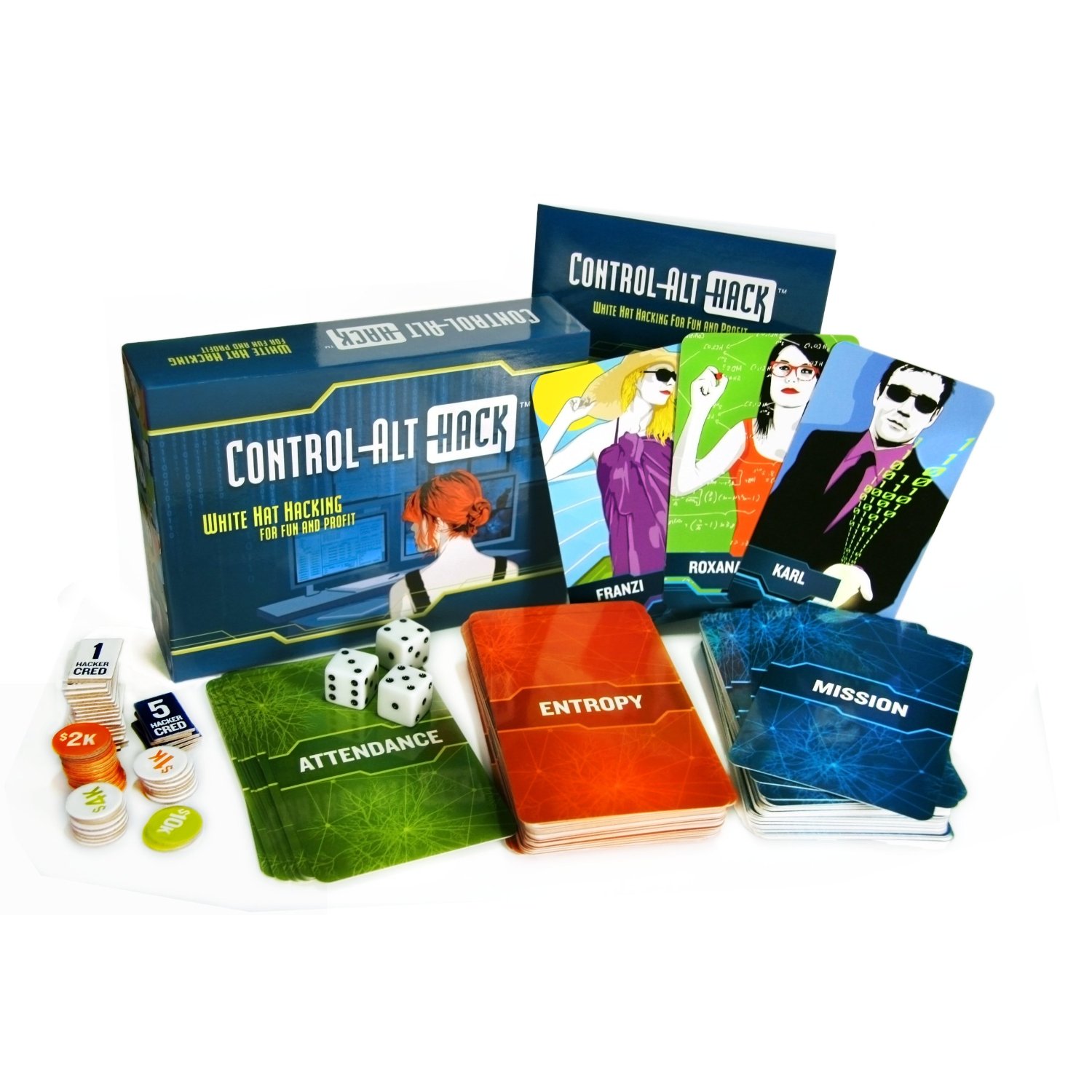 Control-Alt-Hack™ is a tabletop card game about white hat hacking, based on game mechanics by gaming powerhouse Steve Jackson Games (Munchkin and GURPS).

You and your fellow players work for Hackers, Inc.: a small, elite computer security company of ethical (a.k.a., white hat) hackers who perform security audits and provide consultation services. Their motto? “You Pay Us to Hack You.”

Your job is centered around Missions – tasks that require you to apply your hacker skills (and a bit of luck) in order to succeed. Use your Social Engineering and Network Ninja skills to break the Pacific Northwest’s power grid, or apply a bit of Hardware Hacking and Software Wizardry to convert your robotic vacuum cleaner into an interactive pet toy…no two jobs are the same. So pick up the dice, and get hacking!