I’m having trouble responding to Ian, and have come to think that how Ian frames the problem is part of my problem in responding to him. So, as another Adam likes to say, “I reject your reality, and substitute my own.” Here you go:

But that’s not my final answer. My final answer is your threat modeling fails because you’re not using Elevation of Privilege. 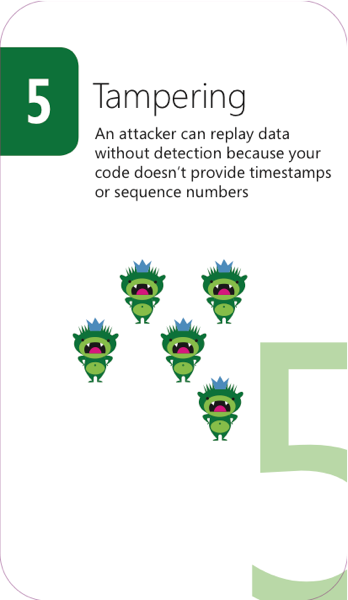 (Actually, I don’t think that’s why Ian’s threat modeling fails in practice. He’s a smart guy, and I think the issue seems to be one of expectations versus approach, and I think either could be usefully changed, depending on the context.)