The Face of FUD

For your amusement: This image came as an banner on an opt-in email from NetWitness.   You’ll recognize this image as the face of F.U.D. (“fear, uncertainty, and doubt”) 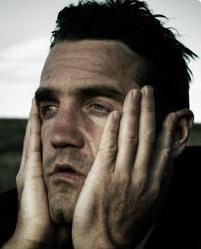 If this is how you feel, buy our products. Then you'll feel better.

I don’t blame them for surfing the publicity wave of “Operation Aurora”  (China, Google, Adobe, et. al.).  And I can’t blame them for following industry practice of amplifying FUD, primarily “fear”, to get potential buyers to give attention and budget to NetWitness solutions, to wit:

“You have a choice: The NSA or FBI can sit down with your CEO and report your company’s network compromises, or you can be the one telling them that an attack was detected, thwarted, and steps were taken to prevent it from happening again. Which scenario sounds better to you?”

OK… so here’s a glimmer of NewSchool hope in the last lines of the email:

“We’re so sure of this fact that we’re determined to prove it on your network. We’re offering a complimentary Proof of Concept to any organization meeting a minimum set of qualifications.”

So they are willing to show how their solution will actually work in your organization.  Not bad.  But to get the “NewSchool Tip-of-the-Hat”, it would be even better if the Proof of Concept included some sort of data about effectiveness vs. alternatives vs. make-do-with-whatever.  It would be even better if they published such data or made it available via various information sharing organizations.  We can only hope.

(I have no opinion about NetWitness or their solutions or their competitors, nor do I have any relationship.)

6 comments on "The Face of FUD"