There’s a cute little story in the NYTimes, “Lego Rejects a Bit Part in a Spinal Tap DVD.” I read it as I was listening to a podcast on Shepard Fairey vs The Associated Press that Dan Solove pointed out. In that podcast, Dale Cendali (the attorney representing the AP) asserts that licensing is easy, but she fails to consider transaction costs or denials as a possible downside. Of course, if we didn’t commercially license out Emergent Chaos, none of us would write here. Or something. 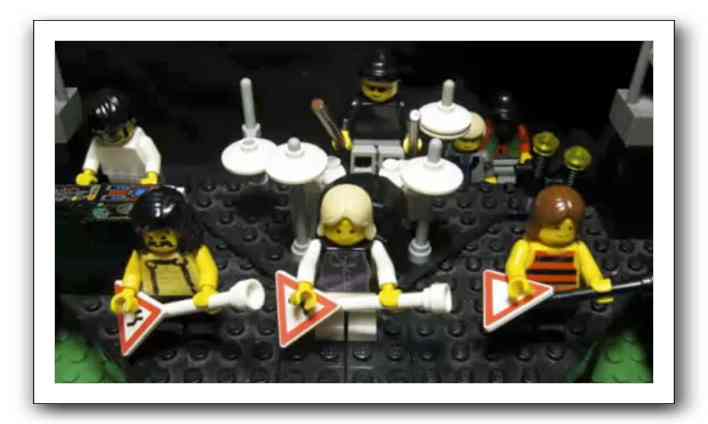 This photo (fairly used) gives the lie to that argument. Lego prevented it from being used in the movie:

“We love that our fans are so passionate and so creative with our products,” said Julie Stern, a spokeswoman for Lego Systems, the United States division of the Lego Group, a Danish company founded in the 1930s. “But it had some inappropriate language, and the tone wasn’t appropriate for our target audience of kids 6 to 12.”

In the most appropriate language I can use: that’s some fucked up over-reaching, and the system that lets Lego prevent such a use with threats of expensive litigation is messed up.