What’s in a name? A Candidate by any other name… 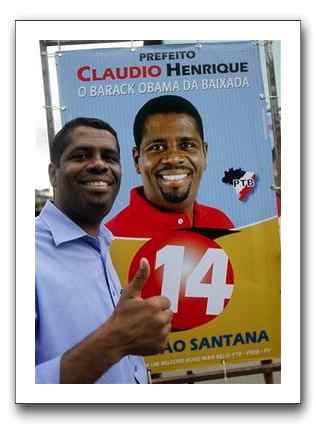 For those who haven’t been listening closely to their NPR, it turns out that there are at least eight Barack Obamas running for election in Brazil this year. Yes, you heard that right. Under Brazilian law, it turns out, candidates are allowed to run for office under any name, as long as it’s not offensive. So eight aspiring politicos, including a former air conditioner salesman and a man claiming a resemblance to Obama (but not actually bearing one), have officially changed their names in hope that it will bring them victory in October’s municipal elections.

Sorry to be getting political. We’ll try to keep it chaotic, emergent and fun.

4 comments on "What’s in a name? A Candidate by any other name…"