Elections Are Done For Me 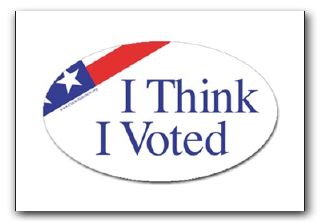 Forty Percent of California voters are “permanent absentee” voters. Oregon runs entirely by mail-in votes. Other US states have some sort of mail-in or absentee status that people can assign themselves to.

For those people, including me, elections are a slice of time that ends on election day. This isn’t new, until relatively recently, it all worked that way. You couldn’t expect everyone to all be in town on that one day. It is only urbanization that allows us to have elections be an event rather than a process. I sat down last night and waded through the whole mass of offices, measures, and initiatives. I have now completed my civic duty.

This is probably a good idea, as many of the issues with voting and counting votes and securing them have in their model that it has to be done on one day, and as quickly as possible after the polls close. It improves security and accountability to allow and encourage people to vote over an interval of a few weeks.

6 comments on "Elections Are Done For Me"