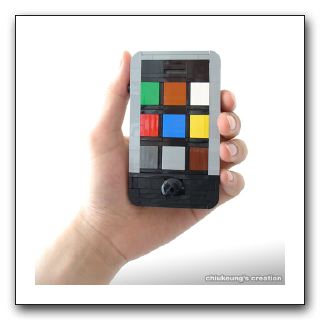 On Saturday I was going to a party at an apartment building. The buzzer wasn’t working, and I took out my shiny new iphone to call and get in. As I was dialing, a few young teenagers were coming out. They wanted to see the iPhone, and so I demo’d it in exchange for entry to the building. (Mmm, security.) As I was heading in, one of them turned back to me to say “Be careful! The updates are bricking those things!”

(Bricking is a term used to describe making your expensive electronics as useful as a brick by messing up the way the it starts up.)

I found that really interesting–they hadn’t ever touched the phone, but they’d heard about and remembered the risks of patching them and wanted to share.

More than interesting, I think there’s a tremendous danger for everyone who makes software. Allow me to explain my personal analysis here. My employer may well disagree, I haven’t discussed this with them.

This update isn’t simply about annoyances like low speakerphone volume. There are ten security issues being fixed as well. Some of these (bluetooth remote code execution, cross site scripting, Javascript not turning off and javascript having access to https data) are clearly worth fixing. Unfortunately, Apple has decided to offer only a single, rolled-up update which combines all of these issues with other changes. Those other changes may brick your phone.

This fear of brickage is a particular and intense form of fear of instability. This was a major theme of a paper I wrote in 2002 with Steve Beattie, Crispan Cowan and others, “Timing the Application of Security Patches for Optimal Uptime.” In that paper, we discuss how to balance the security expert’s fear of an attack with the operations expert’s desire for system stability. Our suggestion was to measure the odds of a patch induced failure with the odds of an attack. We used vendor patch recall as a indicator of patch quality. Apple has denied us that, by saying “If the damage was due to use of an unauthorized software application, voiding their warranty, they should purchase a new iPhone.”

This fear will leave many iPhone owners reluctant to patch. In fact, as I write this, the unbricking software rolls your phone back to version 1.0.2, effectively unbricking and unpatching it at the same time.

And so what Apple is doing has an important side effect: creating a fear of their patches. That fear will last long after a reasonable resolution of this incident. It will be felt and remembered not only by those who had bricked phones, but also by those kids who let me into their building.

If Apple wants to shoot themselves in the foot, that’s their business. What they’re doing is splattering other people.

There are two important lessaons for anyone developing software:

Speaking of chaos that emerges, there was too much to fit into the main post, so a little more on troubles with updating, and the inexorable nature of corporate DNA, after the cut.

[Update: For all of you saying, “Don’t hack, it’s ok” in the comments, I have two responses:

I’d like to say a little more on the combination issue: Rainer Brockerhoff has an explanation that the entire OS is in ROM, and thus overwriting it is tricky and complex. It may be that each update would have bricking risk, not to mention that there would be an explosion of states Apple would have to consider and support as they issue future updates. That probably contributes to the locked down nature of things, which convinced Lauren Weinstein to comment on the difference with how Microsoft treats Windows Mobile, “Darth Apple and the iPhone: The Dark Side Revealed?.”

Finally, I wanted to mention a post by Les Ward (“The impending return of “beleaguered”“) on this quote from Steve Jobs:

And we weren’t so good at that, where Bill and Microsoft were really good at it because they didn’t make the whole thing in the early days and they learned how to partner with people really well.

And I think if Apple could have had a little more of that in its DNA, it would have served it extremely well. And I don’t think Apple learned that until, you know, a few decades later. (Steve Jobs, “Official D5 conference transcript.”

It seems, in particular, that many of their recent choices have been driven more with an eye toward entanglements of deals they have made than a desire to make good products. This switch is taking them away from what their loyal fans loved about them, and is likely to do more damage than Apple expects.