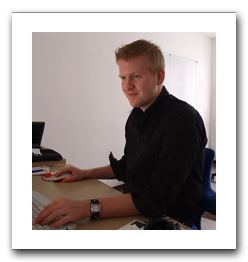 It appears I can’t attend Blackhat this year. I was denied entry to the US for carrying trainings materials for the Blackhat trainings, and intending to hold these trainings as a private citizen instead of as a company.

A little background: For the last 7 years, I have attended / presented at the ‘Blackhat Briefings’, a security conference in the US. Prior to the conference itself, Blackhat conducts a trainings session, and for the past 6 years, I have given two days of trainings at these events. The largest part of the attendees of the trainings are US-Government related folks, mostly working on US National Security in some form. I have trained people from the DoD, DoE, DHS and most other agencies that come to mind.

Each time I came to the US, I told immigration that I was coming to the US to present at a conference and hold a trainings class. I was never stopped before…

Halvar has been coming to the US to train people for six years. So here’s my question: Has the law changed? Why did this happen? What’s happened may be that he didn’t use precisely the right words to get through the line, and now he’ll be spending (my guess) $10,000 on lawyers to be able to re-enter the US.

I’m increasingly concerned about this–the police can detain you in a variety of ways, offer implicit threats of arrest, and there are certain very specific legal formulas you can invoke. For example, I’ve been told that you must ‘demand’ and attorney, rather than saying “I’d like an attorney,” in order to preserve your rights. If a cop is asking you questions, you must ask “are you detaining me?” in order to get an honest answer. No one should be required to know these formulas–not me to preserve my rights through an encounter with the police, and not Halvar to preserve his ability to enter the US.

I have a friend who has a US denied stamp on his Canadian passport because he was driving a co-worker to the border so that person could enter the US for 2 minutes, turn around, and re-enter Canada (to get a new Visa). The driver said “Oh, I don’t really care if you let me into the US,” and boom, his passport was marked and he was entered into the refused-entry list.

Now Halvar has to choose: he can spend probably thousands of dollars to clear his passport, or he can stop entering the US. Way to preserve jobs for Americans!

The title is a reference to the ultra-stylized ‘Noh‘ Japanese plays, where actors rehearse their lines in a vacuum.