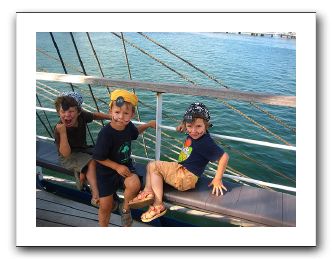 … pirate ships limited the power of captains and guaranteed crew members a say in the ship’s affairs. The surprising thing is that, even with this untraditional power structure, pirates were, in Leeson’s words, among “the most sophisticated and successful criminal organizations in history.”

Leeson is fascinated by pirates because they flourished outside the state—and, therefore, outside the law. They could not count on higher authorities to insure that people would live up to promises or obey rules. Unlike the Mafia, pirates were not bound by ethnic or family ties; crews were as remarkably diverse as in the “Pirates of the Caribbean” films. Nor were they held together primarily by violence; while pirates did conscript some crew members, many volunteered.

Read about pirates in the New Yorker.