Ali, by Any Other Name 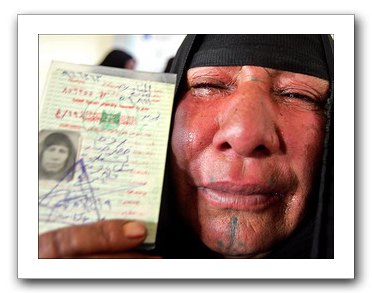 Bob Blakely used to be fond of saying that privacy is the ability to lie and get away with it.

To have to hide one’s name is considered deeply shameful. But with sectarian violence surging, Iraqis fear that the name on an identification card, passport or other document could become an instant death sentence if seen by the wrong people.

That is because some first names and tribal names indicate whether a person is Sunni or Shiite. A first name of Omar is popular among Sunnis, for example, as is Ali among Shiites.

The New York Times, “To Stay Alive, Iraqis Change Their Names.” It’s a good thing most of Iraq isn’t controlled by the folks running Fallujah.