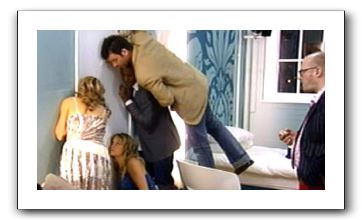 …I was in the FBI in a leadership role responsible for terrorist financing. Immediately after 9/11, we realized we had to develop financial investigative methodologies different than anything we had done before. We had to think outside the box by developing and implementing time sensitive and time urgent investigative techniques. To succeed, we needed the assistance of the financial community. At all times, we were cognizant of privacy rights and civil liberties.

He seems hurt that people don’t understand the programs, and how the FBI carefully balanced their interests with those of society, as they’d been instructed to do by Congress and the public, when we passed the “Hey, you guys figure it out” law. (Snark aside, Congress did seem to take that attitude for a while.) The American people are worried about the unfettered exercise of power. One subpoena doesn’t seem to balance with “probable cause,” or our expectations of how these things ought to be done.

We should be having debates about these things, and the debates require information.

There’s good information in both posts, especially about how the counterterror groups view what they’ve done. See also, “Provider of financial records to US had assurances,” by Reuters.