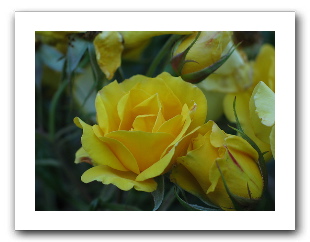 A rose by any other name might smell as sweet, but it would certainly be confusing to order online. Consistent naming is useful, but requires much effort to get right. In identity management, which I hadn’t thought of as closely related to taxonomies, Zooko has argued that names can be “secure, decentralized or human memorable (pick any two).” I think this applies to taxonomists as well. All of this is inspired because the February 11th Economist has two articles on taxonomy! The first was an article on naming consistency in biology “Today we have naming of parts,” and the second covered that there are “Names for Sale:”

Last year, for example, America’s president, vice president and defence secretary each got a beetle (Agathidium bushi, A. cheneyi, A. rumsfeldi) courtesy of two Republican coleopterists. Admittedly, the beetles in question eat slime mould, which caused a few titters among taxonomists of a Democrat persuasion, but it is clearly an act of gross speciesism to criticise the dining habits of other organisms, so the titters were sotto voce. And it is not only politicians who are benefiting. Sting, a musician, has his own tree frog (Hyla stingi), and several spiders also bear the names of entertainers (Calponia harrisonfordi, Pachygnatha zappa) who clearly have taxonomists as fans.

Ironically, the last post I offered up on this subject was “A Profusion of Taxonomies,” after which, on that topic, the rest was silence.