I came across a fascinating post at Jon Udell’s blog, “Homicide rates in context ,” which starts out with this graph of 2007 data: 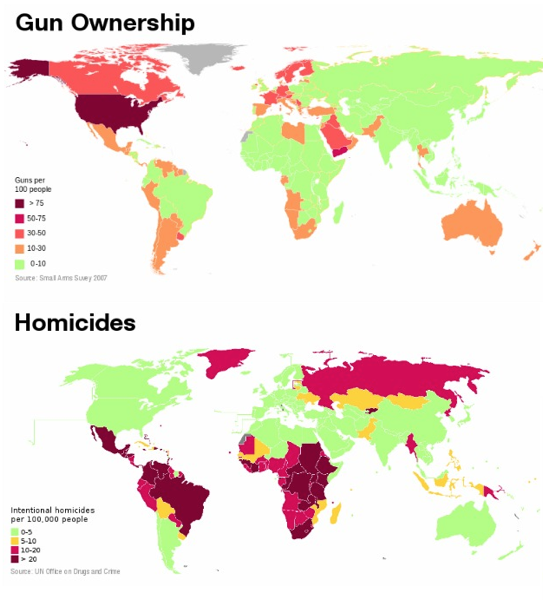 Jon’s post says more than I care to on this subject right now, and points out questions worth asking.

As I said in my post on “Thoughts on the Tragedies of December 14th,” “those who say that easy availability of guns drives murder rates must do better than simply cherry picking data.”

I’m not sure I believe that the “more guns, less crime” claim made by A.W.R. Hawkins claim is as causative as it sounds, but the map presents a real challenge to simplistic responses to tragic gun violence.