The Market for Fake Police Badges 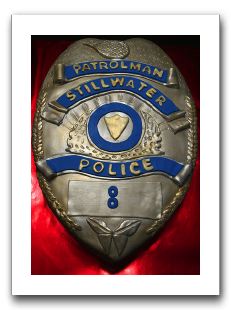 But in New York, a city that has become almost synonymous with high security, where office employees wear picture IDs and surveillance cameras are on the rise, some officers don’t wear their badges on patrol.

Instead, they wear fakes.

Called “dupes,” these phony badges are often just a trifle smaller than real ones but otherwise completely authentic. Officers use them because losing a real badge can mean paperwork and a heavy penalty, as much as 10 days’ pay.

A few police veterans said they believed that many officers bought their second badges at a jewelry shop in Chinatown, near Police Headquarters. They did not want to name the store, however.

“Everybody knows where to go,” Mr. Anemone said.

Words fail me, but not Ray Rivera of the New York Times, who wrote “The Officer Is Real; The Badge May Be an Impostor.”

But taking the cake is the photo, “Police Badge,” by Kimmy’s Kakes.

3 comments on "The Market for Fake Police Badges"