On May 10, Iowa became the 42nd U.S. state (counting D.C. as a state) with a breach notification law. The law itself is not remarkable. If anything, it is notably weaker than many other states’ laws.
When can we expect to see the last stragglers finally pass their laws? Here’s a plot of each state’s date of law passage, expressed in days since the Choicepoint episode became public. The x-axis is logarithmic. 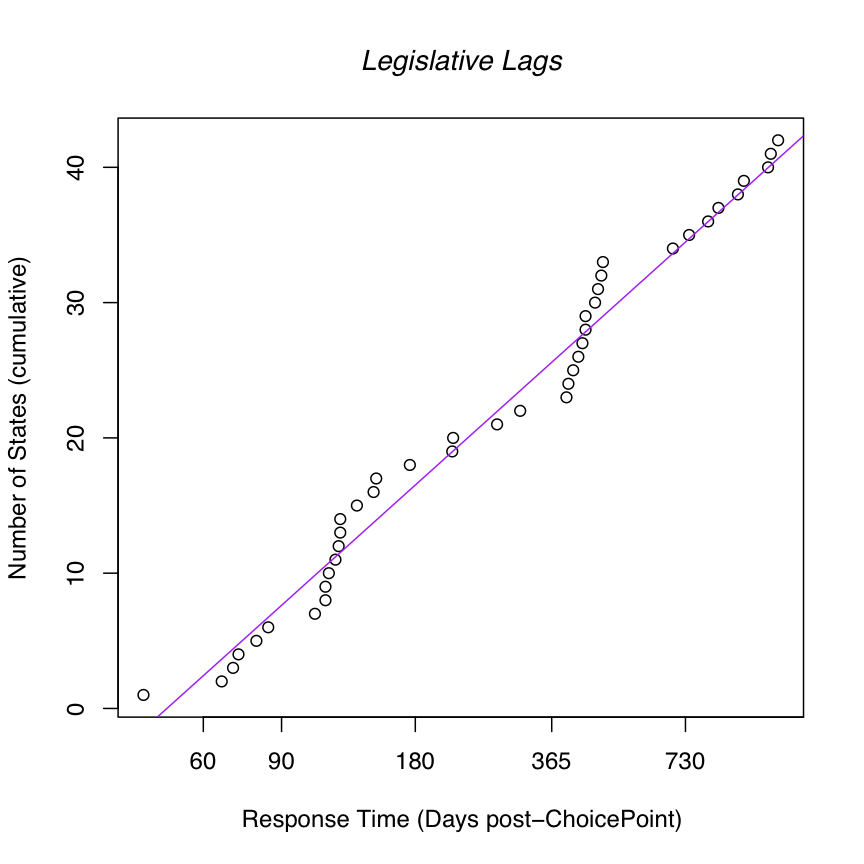 Looks like a decent fit to me. In fact, a tad over under 3% of the variance remains unexplained. Assuming that whatever accounts for this exponential decay remains for a while, the last state should have a law in place October 9, 2011 :^).