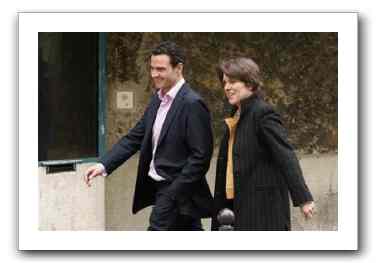 PARIS — Jérôme Kerviel, the Société Générale trader who used his knowledge of the French bank’s electronic risk controls to conceal billions in unauthorized bets, has a new job — at a computer consulting firm.

Mr. Kerviel, who was given a provisional release from prison on March 18, started work last week as a trainee at Lemaire Consultants & Associates, which specializes in computer security and system development, a spokesman for the former trader, Christophe Reille, confirmed on Friday. (“ After Trading Scandal, Banker Gets I.T. Job,” The New York Times.)

First let me say that I’m fond of the phrase “paid his debt to society.” It’s out of fashion, but it used to mean that someone, after their sentence was carried out, was done. That they ought to be allowed to get on with their lives. I’ve publicly commented on Frank Abagnale being in this class.

Kerviel clearly understands how to get around IT controls. I expect that there’s a great deal which he might be able to teach people about what’s important in security design, and some about what isn’t. (His ability to generalize his approach hasn’t been tested yet.)

At the same time, he hasn’t yet been tried for his actions. What would be the right framework for making a hiring decision like this?