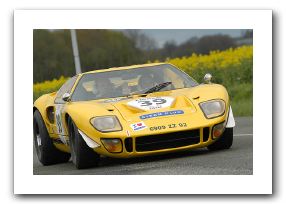 The word “killer” gets used in two wretched ways. The first is Killer Application, and the second is product-killer. They’re each wretched in their own special way. It’s not only cliché to use each term, but in using it, you are nearly guaranteed to be wrong.

Arguably, there hasn’t been another killer application since Lotus. All the ones I think of are diminished in scope. Killer applications are things that appear once in a very long while, and appear when the underlying thing they promote is immature. I can make the case for some uses of the term. It’s been said (and I have said) that email is the killer application of the Internet. Certainly, many people got on the Internet (or stayed on it) because of email, even more than web browsing, even through web browsing gets all the press. One could argue that TiVo was the killer app for satellite TV, or for something. There’s an old MIT saying that if you change something quantitatively by an order of magnitude, you change it qualitatively as well. I think that TiVo (and its brethren like Replay) is the VCR so improved that it’s a new thing.

The second wretched use of “killer” is the product-killer. I’ve been sitting on this post for a couple weeks waiting for someone to write some article about an iPhone-Killer, and Michael Calore of Wired News wins the prize for his, “The $300 Linux-Powered ‘iPhone Killer’ Arrives.”

Despite the headline, Calore can tell the difference. He gives you an honest assessment of the gotchas:

Keep in mind that this unit (the GTA01) was pushed out early so developers could begin writing device drivers, custom GUIs and some cool apps for the phone. The next revision (GTA02), which will be available starting at $450 in October, will be ready for the mass market. It will have wi-fi, 3-D motion sensors and added graphics accelerators. So this phone isn’t exactly an iPhone killer — the next one will be a contender. AptUsTech has a nice comparison of the NEO 1973 and the iPhone.

If you go look at the comparison, there are a number of techno-lust disappointments for an iPhone-killer. The OpenMoko phone has a GPS and twice the pixels as the iPhone, but no camera, no accelerometer, no WiFi, a CPU running at less than half the speed of the iPhone, and a piddling 64MB of flash. Yes, it takes a microSD card, but give me a break! The suffix “-killer” has been used, and I expect to say, “oh, never mind” not merely look at a “contender.” Yes, many things are coming in the next version of the OpenMoko, but this is comparing apples to orange futures.

(Also note that it isn’t exactly $300, either. The OpenMoko people have executed a sweet marketing coup in making a $300 base model that no one in their right mind would want so they can stress the low price.)

Now, in Calore’s defense, he said in his article that it’s not a killer. In short, the headline is — well — a lie. It isn’t exactly an iPhone-killer, and he’s one of the few people to point out that it isn’t exactly $300.

In more of his defense, I’m quite sure that the real guilty party here is the editor who took his article that says, “isn’t exactly an iPhone-killer” and pointed out that the phone you really want is going to be delivered in a few months for $450, and then created an attention-getting but false headline on it. Let’s face it, when you try to be nice to some cool little guys while keeping your journalistic integrity and that smacks up against ad revenue, guess which one wins?

And that is why, Gentle Reader, we should shun terms like -killer. It’s cliché, and so cliché that its negation gets twisted into the positive. I don’t know why it is that editors have a predilection for this, but it’s happened to me, too. Write something saying that the sky is blue, and you’ll see the headline saying the sky is green. All you can do is shrug and resolve to write better.

Photo of a Ford GT40 by dacorsa.net, and selected because I found it searching for “Ferrari Killer.”

9 Comments on "Wretched Word of the Week: Killer"

If you'd like a lower volume set of updates on what Adam is doing, Adam's New Thing gets only a few messages a year, guaranteed.