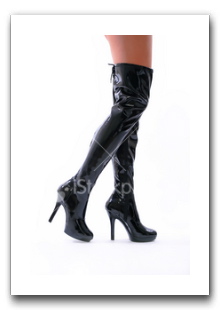 Over at Security Curve, Ed Moyle has some good thoughts on “the Gigantic ‘Bull’s Eye’ on Apple’s Forehead:”

Now, I don’t know about you but I haven’t seen this kind of hubris since Oracle’s “unbreakable” campaign. Remember that? I do. I remember that at one point in time, most researchers ignored Oracle and pretty much left it alone… Then Oracle stepped up on the soapbox shouting “we’re unbreakable”, only to find themselves getting the kind of scrutiny from hackers usually reserved for new flavors of Mountain Dew.

I don’t think the current threat is that bad. I also don’t think that Apple is ready for the sort of onslaught that’s taught such harsh lessons to Microsoft and Oracle.

So Apple, please think about those shoes you’re wearing. Think about the message you’re sending, because teenage boys will respond.

Originally published by adam on 7 May 2006
Last modified on 10 May 2018
Categories:   information security   Macintosh