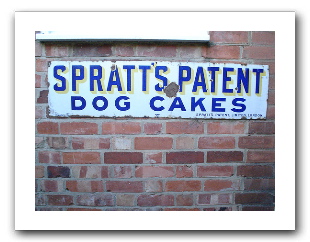 In responding to “New Products, Emerging from Chaos,” Albatross makes a good comment about how the RSA patent expiry didn’t lead to an immediate outpouring of new products. Albratross also mentions how transaction costs encourage people to look for new ways to solve a problem. Mordaxus says there has been an explosion in the use of cryptography since the RSA patent expired — it just took a while.

Even though neither commenter mentioned it, I want to start with the issue of language, which is the elephant in the room. The most trenchant critique of the system involves language. There are important disconnects between the words used to describe the patent system, and the reality of the system.

The way the courts interpret “new” and “non-obvious” has lost all relation to the plain language meaning of the words. That disconnect drives a great deal of anger at and disdain for the system. The form in which software patents have evolved means the original bargain, of disclosure for protection, does not work in my field. Software engineers don’t read patents. They are, almost without exception, incomprehensible. I recall being shocked to hear that chemists actually read each other’s patents.

Language issues aside, what about the system? Does it encourage innovation?

Patents do help investors to justify their investment in ideas. The RSA cryptosystem can be written on an index card in an understandable way. It was fairly clearly new and non-obvious. As Adam Back pointed out, it could also be implemented with a very small amount of code. So how to defend an investment in an idea that’s so simple? How do you prevent fast second-movers from entering a market and co-opting the work of innovators?

You can argue that you should not. The open source folks often make this argument, and say that competition is good for them and for consumers. At the same time, if a business requires investment, that investment is made easier to get if some level of legal protection is available. Patents are not a complete answer. I remember the first, and only time, I used patents as my answer to the question “What happens when Microsoft enters this market?” As the investor patiently explained to me, people buy things that solve their problems, not cool technologies. There are very, very few problems that only have a single solution. The patented invention may be better, but people don’t buy inventions, they buy things that improve their lives. The other parts of a system – brand, packaging, convenience – may make up for `inferior’ technology.

The claim that you should not prevent fast second-movers from entering a market is little comfort for the entrepreneur considering which idea to pursue. It is even less comfort for the innovative researcher who has come up with an idea they think is excellent. How to build a product? Entrepreneurs and innovators need more than luck and enthusiasm to make successful products. While patents are not the whole answer to how to compete, they can indeed be an important part of an answer.

So while patents can encourage innovation, the transaction costs can discourage it.
Here, the (legal) innovation shown by Philips in their licensing programs for the CD (“CD Licensing – Philips Intellectual Property and Standards“) is worth learning from. The standard terms they make available make it easy to decide if your business can work with theirs.

3 comments on "Patents and Innovation"