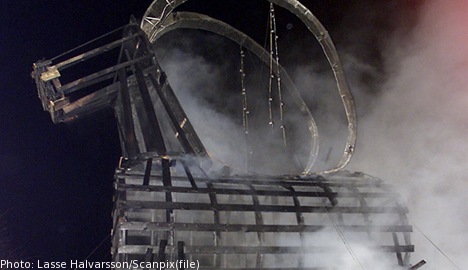 “It is really important that it stays standing in its 50th year,” she added to Arbetarbladet.

Obviously, what you need to free up that budget is more burning goats. Or perhaps its a credible plan on why spending it will reduce risk. I’m never quite sure.

Image: The goat’s mortal remains, immortalized in 2011 by Lasse Halvarsson.

Originally published by adam on 22 Sep 2016
Last modified on 29 May 2017
Categories:   Amusements   Uncategorized