As we head into summer conference season, drama is as predictable as vulnerabilities. I’m really not fond of either. 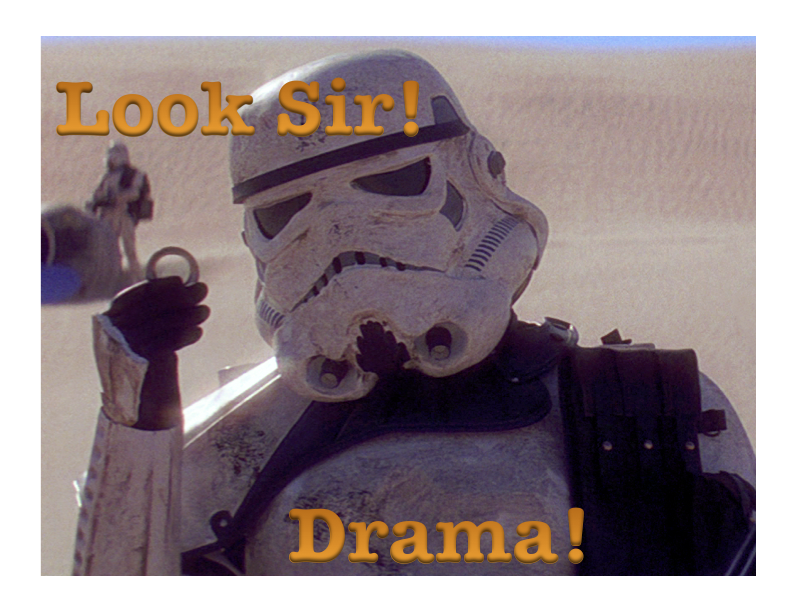 What I am fond of, (other than Star Wars), as someone who spends a lot of time thinking about models, is the model of the “drama triangle.” First discussed by Stephen Karpman, the triangle has three roles, that of victim, persecutor and rescuer:

One of the nifty things about this triangle — and one of the things missing from most popular discussion of it — is how the participants put different labels on the roles they are playing.

For example, a vulnerability researcher may perceive themselves as a rescuer, offering valuable advice to a victim of poor coding practice. Meanwhile, the company sees the researcher as a persecutor, making unreasonable demands of their victim-like self. In their response, the company calls their lawyers and becomes a persecutor, and simultaneously allows the rescuer to shift to the role of victim.

Rescuers (doubtless on Twitter) start popping up to vilify the company’s ham-handed response, pushing the company into perceiving themselves as more of a victim. [Note that I’m not saying that all vulnerability disclosure falls into these traps, or that pressuring vendors is not a useful tool for getting issues fixed. Also, the professionalization of bug finding, and the rise of bug bounty management products can help us avoid the triangle by improving communication, in part by learning to not play these roles.]

I like the “Transcending The Victim-Rescuer-Persecutor Triangle” article because it focuses on how “a person becomes entangled in any one of these positions, they literally keep spinning from one position to another, destroying the opportunity for healthy relationships.”

The first step, if I may, is recognizing and admitting you’re in a drama triangle, and refusing to play the game. There’s a lot more and I encourage you to go read “Transcending The Victim-Rescuer-Persecutor Triangle,” and pay attention to the wisdom therein. If you find the language and approach a little “soft”, then Kellen Von Houser’s “The Drama Triangle: Victims, Rescuers and Persecutors” has eight steps, each discussed in good detail:

There’s also useful advice at “Manipulation and Relationship Triangles.” I encourage you to spend a few minutes before the big conferences of the summer to think about what the drama triangle means in our professional lives, and see if we can do a little better this year.

[Update: If that’s enough of the wrong drama for you, you can check out “The Security Principles of Saltzer and Schroeder” or my “Threat Modeling Lessons from Star Wars” talk.]