Seattle in the Snow 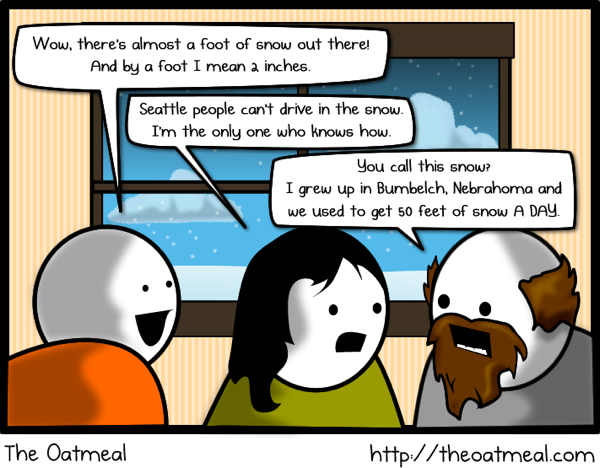 We should create a new unit of measurement: The Nickels. Named after Greg Nickels, who lost the mayorship of Seattle because he couldn’t manage the snow.

Now, there’s a couple of ways we could define the Nickels. It could be:

I’m not sure any of these are really right, so please suggest other ways we could define a Nickels in the comments.

4 comments on "Seattle in the Snow"