Its December and so its the season for lists. Here is my list of Top 5 Security Influencers, this is the list with the people who have the biggest (good and/or bad) influence on your company and user’s security:

That’s right, without data to argue an effective case for investing in security, you have less influence than Uma Thurman. And even if you have more influence than her, if you want to be in the top 5, you better be the person bringing the data.

As long as we’re hiding everything that might allow us to judge comparative effectiveness, we’re going to continue making no progress.

Ahh, but which Uma? 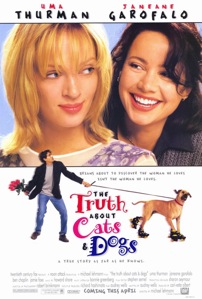 Update: Chris Hoff asks “But WHICH Uma? Kill Bill Uma or Pulp Fiction Uma?” and sadly, I have to answer: The Truth About Cats and Dogs Uma. You remember. Silly romantic comedy where guy falls in love with radio veterinarian Janeane Garofalo, who’s embarrassed about her looks? And Uma plays her gorgeous but vapid neighbor? That’s the Uma with the more influence than you. The one who spends time trying to not be bubbly when her audition for a newscaster job leads off with “hundreds of people feared dead in a nuclear accident?” Yeah. That Uma. Because at least she’s nice to look at while going on about stuff no one cares about. But you know? If you show up with some chops and some useful data to back your claims, you can do better than that.

On the downside, you’re unlikely to ever be as influential as Kill Bill Uma. Because, you know, she has a sword, and a demonstrated willingness to slice the heads off of people who argue with her, and a don’t-care attitude about jail. It’s hard to top that for short term influence. Just ask the 3rd guy trying to code your app, and hoping it doesn’t crash. He’s got eyes for no one not carrying that sword.