Map of Where Tourists Take Pictures

Eric Fischer is doing work on comparing locals and tourists and where they photograph based on big Flickr data. It’s fascinating to try to identify cities from the thumbnails in his “Locals and Tourists” set. (I admit, I got very few right, either from “one at a time” or by looking for cities I know.) 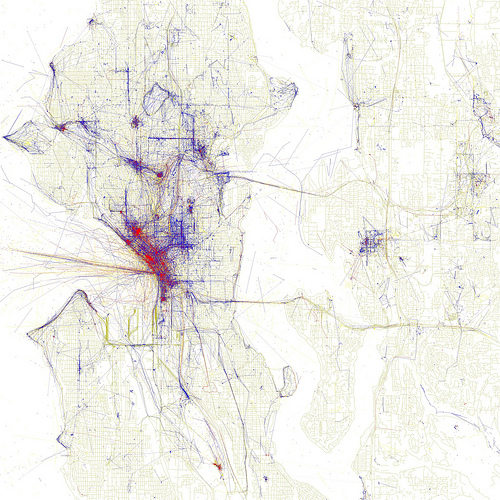 This reminds me a lot of Steve Coast’s work on Open Street Map, which I blogged about in “Map of London.” It’s fascinating to watch the implicit maps and the differences emerge from the location data in photos.

Via Data Mining blog and