I was just reading Gunnar Peterson’s fun little back of the napkin security spending exercise, in which he references his post on a security budget “flat tax” (Three Steps To A Rational Security Budget).  This got me to thinking a bit  –

What if, instead of in the world of compliance where we now demand and audit against a de facto ISMS, what if we just demanded an audit of security spend?

Bear with me here…. If/When we demand Compliance to a group of controls, we are insisting that these controls *and their operation* have efficacy.  The emphasis there is to identify compliance “shelfware” or “zombieware”^1.  But we really don’t know other than anecdotes and deduction that the controls are effective against, or alternately more than needed for, a given organization’s threat landscape.  In addition, the effective operation of security controls requires skills and resources beyond their rote existence.  We might buy all these shiny new security controls, but if our department consists of Moe Howard, Larry Fine, and Shemp Howard, well… 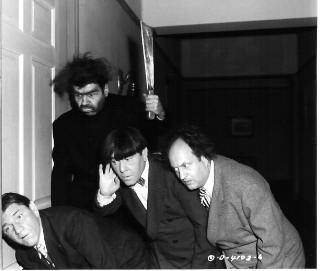 Futhermore, there are plenty of controls that we can deduce or even prove are incident reducing that are *not* required when compliance demands an ISMS.  These controls never get implemented because business management now sees security as a diligence function, not a protection function.

So as I was reading Gunnar’s flat tax proposal, I started to really, really like the idea.  Perhaps a stronger alternative would be to simply require that security budget be a “flat tax” on IT spend for a company.  Instead of auditing against a list of controls and their existence, your compliance audit would simply be an exercise around reviewing budget and sanity of security spend.  By sanity, I mean “this security spend” isn’t really on trips to Bermuda, or somehow commandeered by IT for non-security projects.

Now we can argue about how much that tax would be and other details of how this might all work, but at least when I think about this at a high level it’s starting to occur to me that this approach may have several benefits.

“Of course we have log management.  We have to in order to be compliant.  But it’s just zombieware, nobody ever actually reads those logs or does analysis on them…”

5 comments on "Gunnar's Flat Tax: An Alternative to Prescriptive Compliance?"