This is a fascinating visualization of 10MM Facebook Friends™ as described in Visualizing Friendships by Paul Butler.

A couple of things jump out at me in this emergent look at geography. The first is that Canada is a figment of our imaginations. Sorry to my Canadian friends (at least the anglophones!)

The second is that borders seem to be remarkably effective at inhibiting friendships, especially in Asia. 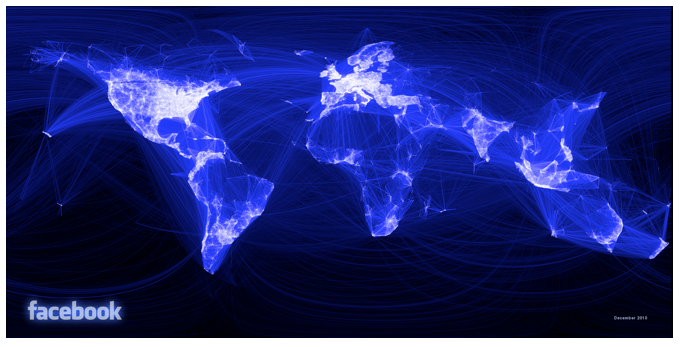