Evil Clown Stalking for your Birthday? 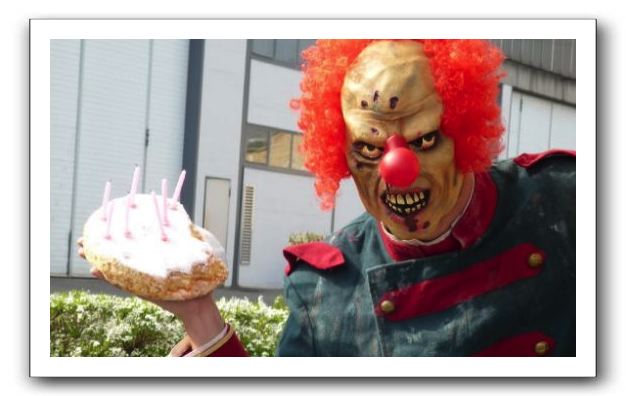 He posts notes warning children they are being watched, telling them they will be attacked.

But Deville is not an escaped lunatic or some demonic monster.

He is a birthday treat, hired by mum and dad, and the ‘attack’ involves being splatted in the face with a cake.

What could possibly go wrong?

“Evil Clown hired for stalking, threats and a pie in the face“