Will Proof-of-Work Die a Green Death? 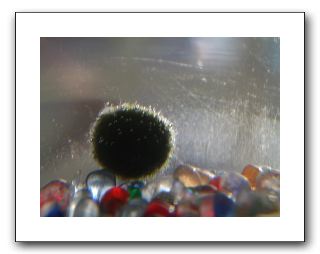 In the Cryptography mailing list, John Gilmore recently brought up and interesting point. One of the oft-debated ways to fight spam is to put a form of proof-of-work postage on it.

Spam is an emergent property of the very low cost of email combined with the effect that most of the cost is pushed to the receiver, not the sender. The thinking goes that if you can trivially increase the cost to the sender, it disproportionately affects the spammer, and thus tilts the economics back to us from them.

The proposition has always been debatable. Laurie and Clayton wrote a paper in 2004 challenging the idea, and I’ve never seen a full refutation of it. Moreover, the balance may even be tipping more to the spammer. The major problem with proof-of-work is that legitimate senders are often on limited devices like smartphones and the spammers are on compromised servers. Systems to harness compute power in graphics cards such as OpenCL can unbalance the system.

There is also the related problem that the costs of power and cooling (which is another way to say power) of a computer over its life are often more than the hardware costs. This has been a huge fly in the ointment of grid computing.

Computers are already designed to consume much less electricity when idle than when running full tilt. This trend will continue and extend; some modern chips throttle down to zero MHz and virtually zero watts at idle, waking automatically at the next interrupt.

The last thing we need is to deploy a system designed to burn all
available cycles, consuming electricity and generating carbon dioxide, all over the Internet, in order to produce small amounts of bitbux to get emails or spams through.

I think he’s got it spot on, and whatever we do, Proof-of-Work is now in the recycling bin.

Photo “Proof of Living” by yuankuei.

2 comments on "Will Proof-of-Work Die a Green Death?"