This Week in Petard-Hoisting, the Palin Edition 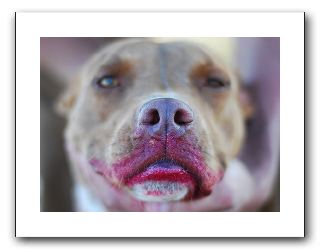 If you are the sort of person who looks at odd legal rulings and opinions, you may remember that a few years ago the US DOJ issued an opinion that stored emails are not protected under the Stored Communications Act. The DOJ reasoning is that when you leave read email on your server, it’s not a temporary copy that is needed for the communications (like a mail spool), and not a backup.

This reasoning is bizarre to people who use protocols like IMAP precisely as a backup. It’s also bizarre to people who wonder why the DOJ would argue that stored communications are not Stored Communications. Those people tend to think that perhaps this would mean that if those stored emails are not Stored, then it wouldn’t be illegal for the DOJ to just kindly request that copies of them be pulled from an ISP’s storage (as opposed to their Storage) and be handed over, just in case you’ve been doing whatever.

The EFF has posted an interesting opinion, one that points out that if stored email is not Stored, then the people who reset Sarah Palin’s password and read her email probably did not commit a crime under the DOJ’s own interpretations of the law.

There doesn’t seem to be much wrong with this reasoning. In any event, it’s going to make it hard to prosecute the miscreants, because they will have to explain to a judge why they changed their mind, or why there is one law for veep candidates and one or everyone else. Way to go, guys.

Whatever one’s opinion of Ms Palin, it’s hard to defend violating her privacy. Let’s hope this leads the DOJ to conclude that when you take communications and store them that they would be protected under the Stored Communications Act. As usual, the word is “oops.”

(Many people will note that there are undoubtably plenty of other laws to charge them under, starting with the Computer Fraud and Abuse Act. But any good prosecutor can find something to charge someone with. The point is about upholding and enforcing existing laws.)

One comment on "This Week in Petard-Hoisting, the Palin Edition"