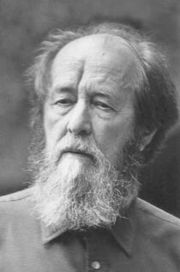 The author of The Gulag Archipelago and other important works on the barbarity of the Soviet Union passed away today. Aleksandr Solzhenitsyn was 89.

My sympathies to his family and friends.