Identity Theft is more than Fraud By Impersonation 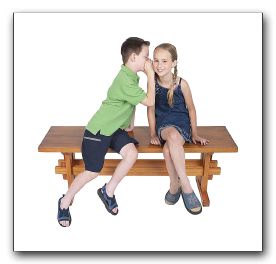 In “The Pros and Cons of LifeLock,” Bruce Schneier writes:

In reality, forcing lenders to verify identity before issuing credit is exactly the sort of thing we need to do to fight identity theft. Basically, there are two ways to deal with identity theft: Make personal information harder to steal, and make stolen personal information harder to use. We all know the former doesn’t work, so that leaves the latter. If Congress wanted to solve the problem for real, one of the things it would do is make fraud alerts permanent for everybody. But the credit industry’s lobbyists would never allow that.

There’s a type of security expert who likes to sigh and assert that ID theft is simply a clever name for impersonation. I used to be one of them. More recently, I’ve found that it often leads to incorrect or incomplete thinking like the above.

The real problem of ID theft is not the impersonation: the bank eats that, although we pay eventually. The real problem is that one’s “good name” is now controlled by the credit bureaus. The pain of ID theft is not that you have to deal with one bad loan, it’s how the claims about that bad loan haunt you through a shadowy network of unaccountable bureaucracies who libel you for years, and treat you like a liar when you try to clear up the problem.

So there’s a third way to deal with identity theft: make the various reporting agencies responsible for their words and the impact of those words. Align the law and their responsibilities with the reality of how their services are used.

I’ve talked about this before, in “The real problem in ID theft,” and Mordaxus has talked about “What Congress Can Do To Prevent Identity Theft.”

4 comments on "Identity Theft is more than Fraud By Impersonation"