Is the recent wave of reporting on British data breaches similar to what we’ve been seeing in the US? A couple of things seem true: the US has way more reported breaches per capita, but both locations have seen greatly accelerated reporting.
Here’s a plot of all US (Country = ‘US’) and British (Country = ‘GB’) breaches in Attrition’s DLDOS, as of March 13, 2008.
The incident count has been normalized by dividing each series by the total number of incidents in that series. The US had 840 reported incidents, Great Britain had 33. 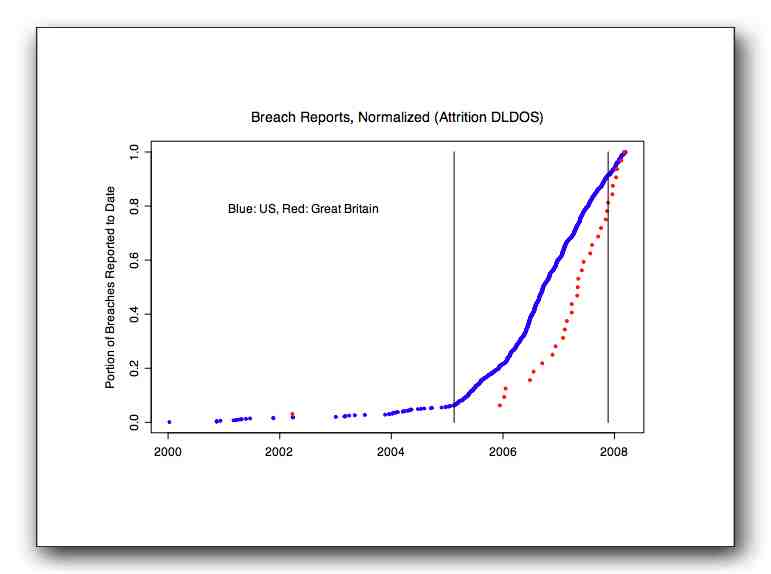 4 Comments on "Reporting on Data Breaches: US and Great Britain"