How about a little fire? 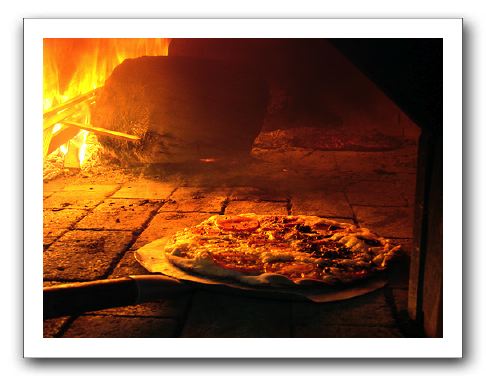 At WD-50 I saw something done to the potatoes that makes a cook scream, “yes!” A method of cooking the potatoes with an explanation using true understanding of the molecules inside the potatoes and the effects of heat on them.

For the answer, you’ll have to read Today’s Secret Ingredient…Heat at TastingMenu.

And the McGee article she refers to is “The Invisible Ingredient in Every Kitchen.”
There are few things more chaotic than fire, and few emergent results more yummy than a nice pizza cooked in a brick and wood oven.