Who Likes a Cheater? 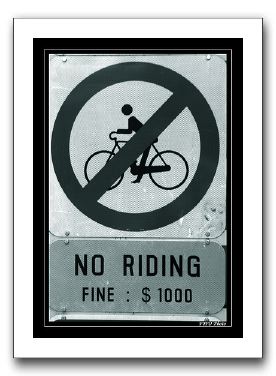 If you don’t follow sports news, the New England Patriots and their coach have been fined about three quarters of a million dollars and a draft pick. This is reported in articles like “Belichick given record fine for video cheating.” (Times Online, UK) That may seem like a lot, until you realize that that’s less than 1% of the fine assessed against the McLaren F1 racing team.

The case broke open in July when a 780-page technical dossier on Ferrari cars was found at the home of McLaren’s chief designer, Mike Coughlan, who later was suspended. Ferrari mechanic Nigel Stepney, who allegedly supplied the documents, was fired.
(Detriot Free Press, “Formula One team McLaren fined $100 million in spying scandal.”)

So why was the fine for the Patriots so low? Apparently that’s the league maximum.

So who likes a cheater? Apparently, the National Football League, who has set their maximum fines low enough that cheating was an irresistible temptation.

We now return to your regularly scheduled security blogging.

[Update: My friend Jeff, who is much more into football than I am, asks what the fines are proportioned to team budgets, and points out that this is the stiffest penalty given in NFL history. (“Penalizing the Patriots.”) Proportionally, the MacLaren fine seems to be roughly 25% of an F1 budget, assuming that MacLaren spends as much as the $400MM that Ferrari spends[1]. The Patriot’s financial penalty is less than 1% of the team’s $100MM share of NFL revenue [2]. It’s not clear to me how to compare a draft pick to points, which are the non-financial aspects of the penalties.

3 comments on "Who Likes a Cheater?"