Steganography in the News 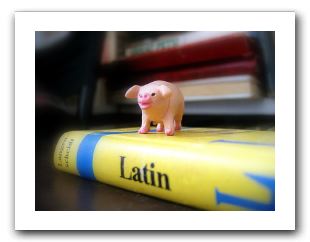 In Australia, Jeffrey Ismail has been convicted of “using a carriage service to menace, harass or offend” meaning using his mobile to coördinate reprisal attacks against a rival gang.

Despite registering his phone under the name “John Gotti” and being careful enough to tell his “clerics” to “bring ‘ankshays’ and ‘atbays'” police recorded his calls and managed to decode the message. Recognizing it as Pig Latin, and careful explaining the lexical analysis required, police extracted a confession and obtained a conviction this week.