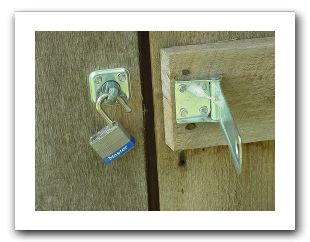 Chronicles of Dissent has a good article on this topic, “If you don’t secure your data, it’s not unauthorized access.”

A court in Pennsylvania ruled that it’s not illegal to get information you really shouldn’t have if you got it from a search engine or the search engine’s caches.

This is important because there have also been some stupid cases where someone has been prosecuted for “unauthorized” access to wireless networks and this provides clarity, too. If you didn’t secure your network, and my laptop finds it, it’s your problem, not mine.

However, I also agree that if I am told that a network isn’t free, even if it’s open, I shouldn’t use it. (That case was one in which someone used a cafés wireless network repeatedly after being told that it’s for customers.) I think of it as the difference between a fence and a no-trespassing sign. (I was once in a hotel and saw the SSID “STAY THE HECK OFF MY NETWORK” — except that it didn’t say “heck,” it used a different first two letters. It was clear that proceeding further would in fact be digital trespass.)

Read the article, and if you are so inclined the larger law report.

7 comments on "Obligation to Secure"