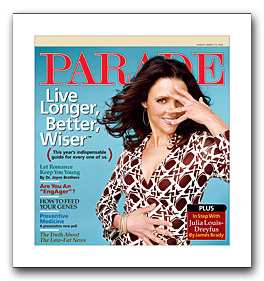 Last week, the CIA released a document they called ‘The Family Jewels.’ This compendium of shameful acts has gotten a lot of press, and I have not a lot to add. I did like this bit, mentioned in the Washington Post, “Trying to Kill Fidel Castro:”

Maheu made the pitch on Sept. 14, 1960, at a hotel in New York City. He brought along James O’Connell, whom he identified as an employee but who was in reality chief of the CIA’s operational support division. They offered to pay $150,000, but Roselli declined any pay.

Roselli later introduced Maheu at the Fontainebleau Hotel in Miami Beach to “Sam Gold” and “Joe,” who had connections in Havana. Flipping through Parade magazine, Maheu later discovered to his shock that “Sam” and “Joe” were actually Momo Salvatore Giancana, the successor to Al Capone as head of the Chicago mob, and Santo Trafficante Jr., the head of the mob’s Cuban operations.

That’s right: the CIA always gets its man, just as soon as the crack investigative journos over at Parade point out who they are.

3 comments on "The CIA’s Family Jewels"