Canon Says Over 50% of Cameras Repaired in First Three Years 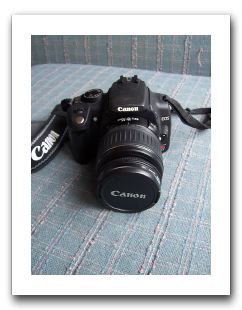 In the Times Online article, “Digital DNA could finger Harry Potter leaker,” we learn that the person who leaked photos of the last Harry Potter novel has yielded up the serial number of their camera, which was in the metadata of the pictures they took.

However, I blinked when I read something from Vic Solomon, a product intelligence officer at Canon UK:

From what we know, the device is one of the original Rebel cameras, probably a 350D, and given that they’ve been out for three years, it’s likely the owner would have had it cleaned or repaired in that time.

Likely? I take likely to be better than a coin flip — over 50% chance. I’m a huge fan of Canon cameras, and while I don’t yet own have a digital SLR (I’m very happy with my SD 700IS), I’d like one, and this makes makes me wary to hear that it is “likely” that I’ll be taking it into the shop in three years. I have a twenty-five-year-old A1 SLR, and it’s never been cleaned or repaired. Is Canon’s well-deserved reputation for quality a thing of the past?

Or was Mr Solomon merely shooting his mouth off? He also said:

The EXIF data is like the picture’s DNA; you can’t switch it off. Every image has it. Some software can be used to strip or edit the information, but you can’t edit every field.

That’s not precisely accurate. EXIF metadata is nothing like DNA. It’s metadata rather than code; it’s annotations about the picture such as date and time, f-stop, exposure values, orientation of the photo, and of course the serial number of the camera. While photo-editing software often doesn’t let you edit it, there are plenty of ways to get rid of it, and I’ll bet that very shortly there will be more of them, particularly if they catch the person who did this because of the embedded serial number.