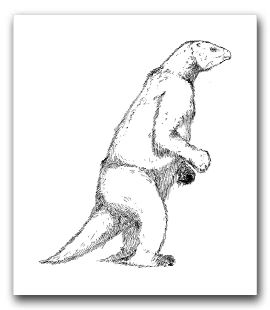 Arthur wrote recently about an NYT article about dangers of the iPhone. The NYT has a bizarre policy about articles which makes them available for only a few days, so likely you’ll have to take my word about that article.

I liked this article a lot because it mentions eMusic. I’m an eMusic customer and have been for years. They have a great product and are constantly ignored. In my cynical moments, I think that they are ignored because the news is often driven by company X complaining about Apple’s ITMS and its DRM. The problem isn’t that it’s DRM, but that it’s Apple, who have the nerve to make products that people want, instead of forcing buyers to want the product that they make. eMusic doesn’t DRM their music, but they do watermark it so that it’s known to be yours.

For me, the problem with computerized music is that it has an attitude about music that predates 78 rpm albums. Part of why I buy what I buy is not the music per se, but the metadata. Album covers, liner notes, and so on. The biggest problem with most digital music is that you don’t get all the metadata. I have bought CDs from Amazon that I could have downloaded for free from eMusic (you get N downloads per month, and it’s use them or lose them), because I want the liner notes.

I did not like the article because although it was news, it wasn’t good journalism. The headline was “Want an iPhone, Beware the iHandcuffs.” It wasn’t about the iPhone at all, it was about the iTunes Music Store, and Apple’s FairPlay DRM system. The news wasn’t about the iPhone, it was about a lawsuit challenging the legitimacy of FairPlay. I’m all for discussing the idiocy that is DRM, but putting an iPhone headline on a DRM article is a technique better known as bait and switch.

The actual news in the story is that a woman named Melanie Tucker is suing Apple over DRM. She argues that supporting no other DRM mechanism makes the iPod “crippleware.” The reporter, Randall Stross, uses this as a launching point for his own editorial, a summary of which is that DRM is ipso facto crippling the device.

Somewhere between the two of them, the article discusses the difference between Apple’s go-it-alone DRM strategy and Microsoft’s licensing strategy. This would be an interesting discussion except for the fact that Microsoft abandoned not only its own old DRM system, PlaysForSure, and the new one on the Zune. Along with the deliciously ironic abandoning of PlaysForSure is an abandonment of Microsoft’s previous partners and customers.

Along with never discussing the iPhone, the article also never discusses customers. I’m an intelligent consumer, and when I want to buy some music, I (shock horror) shop around. It is not uncommon that I can find something on eMusic, ITMS, or Amazon. I recently did, and could get it for $9.99 from ITMS, or $13.99 from Amazon, or twelve tracks from eMusic. I subscribe to eMusic at a rate where I get 40 tracks per month for $9.99, and can buy 30 tracks for 15.99. That means that that album costs me somewhere between $3.00 and $6.40 from them.

Superficially, eMusic is cheapest in this case, although that’s not always true. For example, I recently bought a Chopin CD with 33 tracks. It would cost twice as much on eMusic as on Amazon. That is, however, merely an exception worth noting. In the typical case, where an album has ten-ish tracks, if I have to choose between eMusic and ITMS, eMusic is the clear winner. It’s not only much cheaper, but there’s no DRM (although there is watermarking, and that changes the security equation). However, if I buy the album from Amazon, I get a physical object that I can rip at any quality I like with neither DRM nor watermarking, as well as the liner notes. Often, I get the CD, despite it having the greatest cost because it has the greatest value. Price is what you pay, but value is what you get.

Many of the discussions (or more properly, whining) about whatever DRM system appear to be written by people who have no knowledge of digitized music. They don’t seem to understand at all that the vast majority of music players can play music that you rip from a CD. If you’re in the US, this is the best value. (If you’re not in US, you have the added thrill of thumbing your nose at The Man, which is arguably priceless.) Perhaps I am unique, but no one has ever held a gun to my head and forced me to buy DRMed music. They have distributed content that I couldn’t get any other way and I’ve fallen for that, but I went willingly into that transaction, no matter how stupid it may have been.

Liberty itself may be defined as the right to be stupid. You don’t need liberty if you’re doing the smart thing. This is similar to the observation that you don’t need free speech if you’re a nice person.

It would be smart of Apple to do what Ms Tucker would like, allowing her to play other DRM forms of music in order to make iPods, already the dominant music player, even more ubiquitously useful. I mean heck, at this point, having music that only plays on an iPod is kinda like having music that only plays on a CD player. I know that my CDs don’t play in my cassette player, and I don’t care.

But who are we to force them to be smart? Do we then move to a court-ordered parity between Blu-Ray and HD-DVD? Do we require Apple Corps Ltd to make their music available electronically (which rumor says is going to happen at The Super Bowl)? Their so-far aversion to digital music seems to be saying, “No thanks, this new medium is scary and we’re rich enough.” They’re not even sure of this whole web thing, as you will see if you look at their web site. This behavior is self-destructive, if you believe that it is the obligation of a company to maximize itself.

If you don’t like DRM at all, FairPlay is the scariest of all DRM systems because it’s the most, um, fair. You can do more with an ITMS song that you can do with your own content on a Zune. Despite my being an enthusiastic eMusic customer, I worry worry more about my eMusic content than my ITMS content, because of the watermarking. Suppose my cats (or worse, my teenager) were to put my eMusic stuff up on the net. I don’t approve, but it can be tracked back to me, and that is a security risk! Security is all about threat models, and if your threat model includes cats with a love for LimeWire, watermarking is worse than DRM. If you have music that is available to people you don’t exactly trust, then DRM is safer than watermarking. No DRM is still better, but only if you want to look the other way.

Despite all of that, no one is holding a gun to anyone’s head here. Liberty is all about being stupid, and Menken perhaps is up there with Madison. Perhaps a better way to say that is that there’s a fine line between stupid and clever. While I may not share someone’s cleverness, I think they have a right to it.

I was looking for a suitable picture to attach here, and most of what I found demonstrated a level of ignorance that I thought would be an embarrassment to the person I’d take it from. These people actually seem to think that you can only play DRMed music on an iPod.

The iPod is the easy target, but the same thing applies to nearly every player. You can use “smart” formats like MP3, AAC, OGG, etc., or the “dumb” ones like FairPlay, PlaysForSure, and so on. The dumb ones are a dumb consumer choice, and I think they’re headed the way of your favorite extinct animal. I believe that those two are connected. They’re heading to extinction because they’re a dumb consumer choice. That’s why I ultimately selected the megasloth for my pic. But hey, sometimes consumers, including me, are stupid. I really like that live, hard-to-find performance I bought from ITMS. It’s no stupider than my copy of The White Album on white vinyl. While the latter is actually a valuable collector’s item, I don’t listen to it, and buying an album you’ve never played because it’s it’s on white vinyl is right on the line between clever and stupid. It’s both at the same time.