Astronauts and Terrorists: Limits of Screening 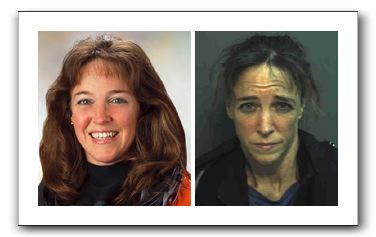 So we here at Emergent Chaos have carefully refrained from using the phrase “astronaut in diapers” not because we think that it is now incumbent apon the blogosphere to maintain what little dignity remains in American journalism, but because, within about nine minutes of the arrest of Lisa Nowak, the blogosphere had thoroughly digested the story, and there was apparently nothing left to say.

However, when the New York Times published “Astronaut’s Arrest Spurs Review of NASA Testing” with the lead words “NASA is reviewing its psychological screening and checkup process in the wake of the arrest of Capt. Lisa M. Nowak, the astronaut accused of attempted murder, space agency officials said yesterday,” it occurred to me that we could, after all, jump on the `astronaut in diapers’ bandwagon.

You see, we’re concerned with the idea of screening. We think it’s way over-applied, and reduces the emergence of chaos with which we are enamoured. And we’re forced to ask, if NASA, who, after all, can put a man on the moon, can’t screen its 100-odd astronauts successfully, what odds does the TSA have of screening for terrorists?

The TSA, you’ll recall, is an agency that has never put anything but a gloved hand where it doesn’t belong. And TSA wants to screen millions of Americans every day. They want to screen us for a set of criteria that remain extremely fuzzy. (As we covered in a review of the book, “Who Becomes a Terrorist and Why?“)

Setting (our) silliness aside for a moment, screening for rare conditions, like being a terrorist, or a willingness to don diapers and drive 15 hours to wave a BB gun in someone’s face, is hard. It’s hard because you don’t have good indicia of what to look for. It’s hard because every small over-reach will result in thousands of false positives, because, after all, most Americans aren’t terrorists, any more than most astronauts are murders.

Trying to screen for either is a waste.

2 comments on "Astronauts and Terrorists: Limits of Screening"