A Moment of Silence 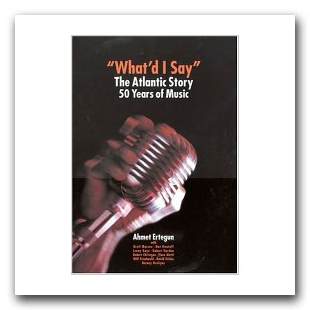 Ahmet Ertegun has passed away. Ertegun founded Atlantic Records because he loved music, and at 83, the BBC reports:

He suffered a head injury when he fell at a Rolling Stones concert at New York’s Beacon Theatre in October, and died after slipping into a coma. (Emphasis added.)

His book “What I’d Say: The Atlantic Records Story” is both a beautiful coffee table book, and a record of the rise of jazz, blues and rock. By the 1970s, the world seemed to be veering off in directions that Etergun didn’t fully understand, but that’s ok: He’d been a taste-maker and passionate advocate for his artists for a full half-century.

If you still own records or CDs, go take a look at how many of the artists you love released on Atlantic. Play some. It’s what Ahmet would have wanted: to be remembered for the music he brought us.