The Kristian Von Hornsleth of the Blogosphere? 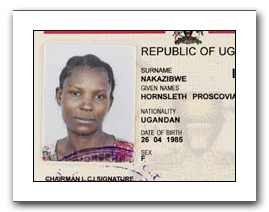 Apparently, artist Kristian Von Hornsleth has been paying Ugandans to rename themselves Hornsleth, as a way of drawing attention to aid failures. His exhibit is sub-titled “We want to help you, but we want to own you.”

I think it’s brilliant. Regular readers know that we talk a lot about identity, id cards, and economics. So this is an art project that really touches me, and I’d like to participate. Mr. Hornsleth, will you donate one extra animal if I rename this blog the Kristian Von Hornsleth of the blogosphere for a week?

Via the BBC, “Storm over ‘pig-for-name’ artist.” To the racism question that leads the beeb story, I think that the racial overtones are cleverly used by the artist to draw attention to a very real problem of ineffective aid.

3 comments on "The Kristian Von Hornsleth of the Blogosphere?"