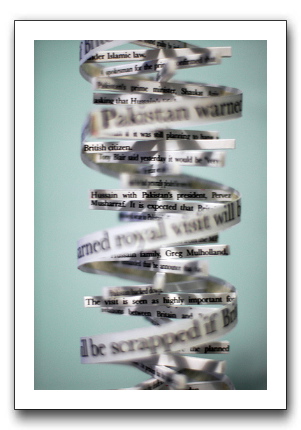 A pioneer of Britain’s DNA database said on Wednesday it may have grown so far beyond its original purpose that it now risks undermining civil rights.

Professor Alec Jeffreys told BBC radio that hundreds of thousands of innocent people’s DNA was now held on the database, a disproportionate number of them young black men.

…
“The real concern I have in the UK is what I see as a sort of ‘mission creep,”‘ said Jeffreys, who developed the techniques for DNA fingerprinting and profiling. When the database was initially established, it was meant to hold DNA from criminals, he added.

Gosh, mission creep? In a government program. Golly-gee, Mr. Smith, who’d have thought it? You build a nice shiny tool, and, unchecked, government runs off and uses it. And you’re surprised? This is part of why divided government is good for you. New programs get more scrutiny, and the leviathan grinds more slowly.

As I’ve said before, the pattern is the same: a proposal comes out. Privacy analysts look at it. Their concerns are ridiculed, denigrated, referred to as the ramblings of the tin-foil-hat set, and then proven to be prescient.

The full story, from Reuters, is “Database Pioneer’s Privacy Fears.” The photo is “DNA article close-up” by The City Gentleman.