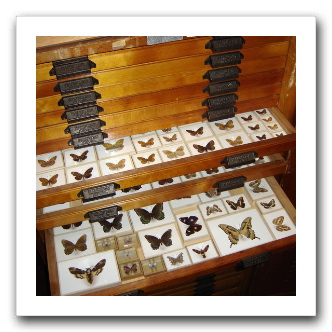 Over at the OSVDB blog, blogauthor writes:

On September 29, Stefan Esser posted an advisory in which he said “While searching for applications that are vulnerable to a new class of vulnerabilities inside PHP applications we took a quick look…“. This lead me to remember an article last year titled Microsoft unveils details of software security process in which Window Snyder (former Microsoft security strategist) said “These are entire classes of vulnerabilities that I haven’t seen externally. When they found these, (the developers) went on a mission, found them in all parts of the system, and got rid of them.” referring to vulnerabilities that were proactively removed. The article goes on to say “Moreover, the company found and fixed two classes of vulnerabilities that have not been discovered elsewhere, she said.”

Anyone else curious about these? Less than a year, and three new classes of vulnerabilities? Come on Window, you left Microsoft, you can speak up now! Steffan, spill the beans, give us details!

So, here are the details. No, just kidding. I can’t talk about the details, but what I can talk about are taxonomies. I can talk about taxonomies for hours. I think, by analogy, that stack smashing may be an order. Perhaps a family. Closely related are the integer overflow and format string. Each places code in the expected path of execution, overwriting it. More distant are command stuffing (my term for the classic “; echo $stuff > /etc/passwd”) or sql injection. Cross site scripting belongs to the phyla of code/data separation, or perhaps the family of output validation.

I’m not sure if there’s a taxonomy here at all. By taxonomy I mean a repeatable, exclusive, reproducible system of questions that a variety of experts can ask of a sample and classify it in the same way. To be a taxonomy, you need exclusivity. You can’t be both a person and a penguin. Not all data fits neatly into taxonomies because of that exclusivity requirement. You can, for example, be both a Mac and Windows user. Thus, being a Mac or PC user isn’t a good taxonomic classification.

What’s the natural ordering of relations of emergent phenomenon?

Oh, the title? It’s a memonic for the Linean taxonomy of life: kingdom, phyla, class, order, family, genus, species. And the photo is Drawers of Curiosities, by smalleyta.

2 Comments on "Do Kings Play Chess on Folding Glass Stools?"