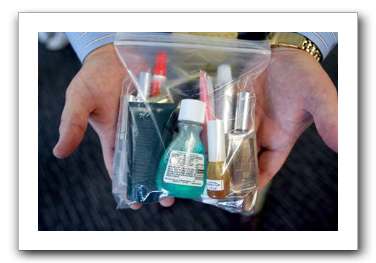 “Everybody personally and professionally that I know who is afraid to fly gets their hands on Xanax,” said Jeanne Scala, a psychotherapist in Roxbury, N.J., adding that she has seen an increase in patients and friends talking about taking medication for flying jitters. “They’ll do anything to take the edge off the anxiety of sitting in a plane,’’ she said. “They just want to zone out, they want to sleep. So they’ll take Ambien, Sonata, even pain medication like Soma, which is for back pain. People use whatever they have — the pharmacy in their house.”

“You Are Cleared For Takeoff,” The New York Times.

In case it’s not obvious, I’m posting out of sheer glee that TSA is driving people to illegal drug use as they work to make flying as unpleasant safe as they can, and for the phrase “the pharmacy in their house.” What a great image. Its too bad you can’t go to the drugstore and buy the drugs you want, but that’s not the TSA’s fault. A different government agency screws that one up.