On The Curious Incident Lately in Apple v. Maynor and Ellch 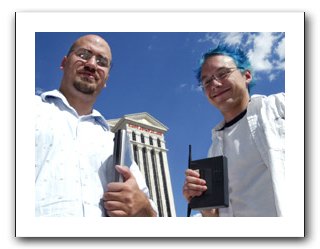 I’d like to mention something that hasn’t happened lately. By not happening, it seems to have not drawn attention to itself. After a war in which gallons of ink were spilled, and every utterance by Apple, Maynor, and Secureworks were analyzed by Talmudic scholars, there’s silence.

So one possible interpretation of events is that there was serious mis-communication, and the parties involved are now having interesting discussions.

If that’s the case, then Gruber is trying to pour gasoline on a fire that others are trying to extinguish.

After I wrote this, Jon Ellch posted to DailyDave, that post was covered in Linux.com, “Johnny Cache breaks silence on Apple Wi-Fi exploit,” and that story was picked up by Slashdot.