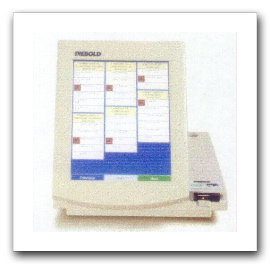 WASHINGTON – Despite mounting public criticism of his administration’s handling of Iraq and the war on terror, 58 percent of voting machines approve of the way Bush is handling his job according to the latest poll by Shamby and Associates. This is in contrast to the 42% approval rating he has among human beings from polls conducted in the same time period.

“We’re very encouraged by these numbers,” said Karl Rove, Bush’s chief political advisor. “Voting machines across America, especially in the contested Congressional districts, are likely to stand with Bush against the forces of terrorism and extremism this election cycle.”