With the Advice and Consent of The Blogosphere? 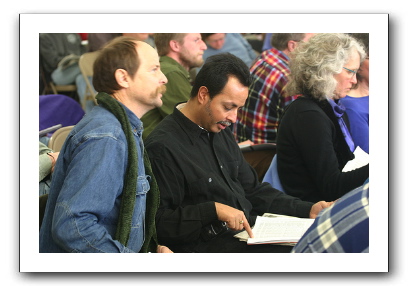 So I’ve been too busy to blog the Spector bill, but the astounding quality of analysis that’s been applied to Spector’s “”Judical Review” for Spying On Americans” bill has been really astounding.

Early reports in (say) the Washington Post were really positive, saying that the bill was quite a positive development. Then legal bloggers got the text of the bill. See, for example, Jack Balkin’s “Specter Gives Up the Game– The Sham NSA Bill:”

Although the judicial review provision is worrisome, it is by no means the most troubling thing about this bill. Specter’s proposed legislation, if passed in its present form, would give President Bush everything he wants. And then some. At first glance, Specter’s bill looks like a moderate and wise compromise that expands the President’s authority to engage in electronic surveillance under a variety of Congressional and judicial oversight procedures. But read more closely, it actually turns out to be a virtual blank check to the Executive, because under section 801 of the bill the President can route around every single one of them.

(After writing this, I got to Dan Solove’s “The NSA Bill in the Mainstream Media vs. the Blogosphere,” which gives a lot more examples.)

What’s interesting is not just Prof. Balkin (and others) analyses, but that they’re widely available within days, and far better than what the press did. The quality of analysis in the blogosphere now regularly surpasses that available in the mainstream press. The trick is to find it.

One of the things that’s interesting to me, in re-reading the American Declaration of Independence and the US Constitution, is the realities of place which enter into the thinking of the authors of those documents.

“He has called together legislative bodies at places unusual, uncomfortable, and distant from the depository of their public Records…”

While being in place is helpful, and I have paper records, would this be such a problem today? What would the founders do in the emerging world, with fast, high quality analysis available from flash mobs of experts? It was clear during the Harriet Miers nomination that Senate staffers were reading blawgs. When letters could take a week to go from Boston to Washington, the idea that the Senate could operate quickly while consulting with widespread experts was inconceivable. The experts coordinating and building on each others work? Likewise. When you consider the founders’ clear respect for vigorous debate and what has become technologically possible…hmm.

I don’t want to be techno-utopian here. There’s clearly a lot of crap in the blogosphere. My blogosphere exclude filters are still maybe a third as powerful as the ones I had in tools to read Usenet News. (The include filters are as good as the ones Kibo had, and more generally available, in Technorati and probably other blog search tools.) For anyone to read everything posted on popular topics might be impossible.