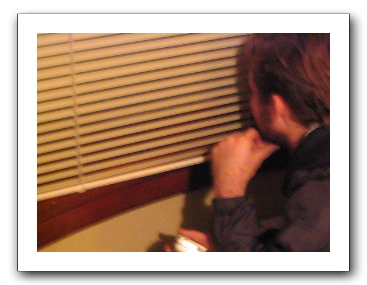 The Department of Defense monitored e-mail messages from college students who were planning protests against the war in Iraq and against the military’s “don’t ask, don’t tell” policy against gay and lesbian members of the armed forces, according to surveillance reports released last month. While the department had previously acknowledged monitoring protests on campuses as national-security threats, it was not until recently that evidence surfaced showing that the department was also monitoring e-mail communications that were submitted by campus sources.

Sivacracy has extensive quotes of the paywalled original at the Chronicle of Higher Education.

This is of course, the problem with domestic surveillance programs. In the absence of serious and observed terrorist activity, they degrade into monitoring of lawful, Constitutionally protected speech.

(Bruce Schneier pointed out that the always-insightful Helen Nissenbaum has a law review article on Privacy as Contextual Integrity, which I think is an interesting approach.)

Photo: “Is it troubling that my friend is a peeping tom?” by Kate at yr own risk.

One comment on "DOD Monitoring of Students Extended to Email"