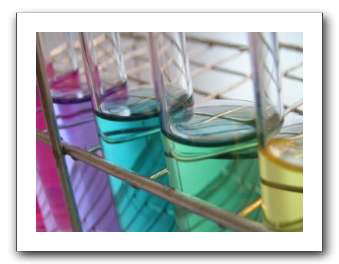 There’s a great story in Wired “Don’t Try This at Home,” about how our obsessions with terrorism and safety have destroyed the ability of our children to learn chemistry:

The chemophobia that’s put a damper on home science has also invaded America’s classrooms, where hands-on labs are being replaced by liability-proof teacher demonstrations with the explicit message Don’t try this at home. A guide for teachers of grades 7 through 12 issued by the American Chemical Society in 2001 makes the prospect of an hour in the lab seem fraught with peril: “Every chemical, without exception, is hazardous. Did you know that oxygen is poisonous if inhaled at a concentration a bit greater than its natural concentration in the air?” More than half of the suggested experiments in a multimedia package for schools called “You Be the Chemist,” created in 2004 by the Chemical Educational Foundation, are to be performed by the teacher alone, leaving students to blow up balloons (with safety goggles in place) or answer questions like “How many pretzels can you eat in a minute?”

A little bit of chaos and risk are worth it to preserve American science education. Photo via Eccentrix.com.

2 comments on "Why Johny Can’t Precipitate"